Overall, the bar and restaurant industry has notoriously been slow to adopt new technology. In fact, bars and restaurants often react to the introduction of new technology with apprehension and disapproval. But over time, more and more establishments eventually grow to accept and incorporate technological innovations once they see the benefits to their business. 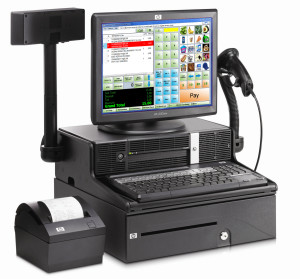 This was certainly true of POS systems when they were first introduced, and these systems have since become the industry standard. In past decade, there has been a tremendous influx of advanced bar inventory systems and service providers. To date, these services have met with similar apprehension that was once directed towards POS systems several decades ago.

Just as POS systems eventually became universally accepted as a way to help establishments streamline their business and increase profits, it is likely that over time, the significant benefits of adopting a sophisticated bar inventory system will make them the industry standard as well.

A Look into the Rise in Popularity of POS Systems

Over the past 20 years, POS systems have become the absolute industry standard for all restaurants and bars. These days, only dive bars and bars located overseas still operate without a POS. It has become that fundamental to running a modern bar or restaurant, and failing to use one marks your establishment as out-of-date and behind the curve.

But when they were first introduced in the 1970s, POS systems were met with widespread skepticism. In fact, many establishments continued using out-of-date cash registers well into the 1990s.

So how did POS systems overcome this initial apprehension to rise to the status of industry standard? The answer can be summed up in one word – benefits. Eventually, restaurants and bars could no longer deny that using a POS system would improve their business in numerous ways:

• Improved communication – When a server rings in orders, the kitchen gets a specially organized ticket providing valuable information such as standardized modifications. This is a significant improvement compared to older methods where kitchen staff had to decipher the shorthand scribbling of servers.

• Increased management data – You can track everything that has been sold in your restaurant over a specific period of time. Your managers can also see valuable information such as average ticket prices and wait times for orders currently being prepared. 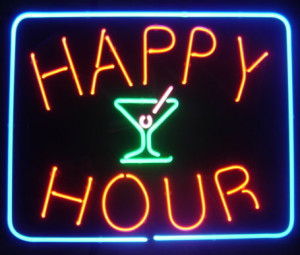 Increased controls – This is particularly useful for timed events such as Happy Hour. You can program your POS to automatically apply Happy Hour prices during a set time period, preventing bartenders from giving out these discounted prices outside of Happy Hour or extending these deals a few extra minutes to increase tips.

• Increased sales – POS systems make it easier to standardize the implementation of upcharges, ensuring they are for the correct value and used for all orders.

As early adopters saw their business flourish due to these benefits, those who were initially skeptical began to see the error of their ways and get with the times. Slowly, this led to POS systems becoming widely regarded as industry standard.

Bar Inventory Systems are Like POS Systems 20 Years Ago

There are quite a few striking similarities between the current acceptance of sophisticated bar inventory systems and the way POS systems were viewed 20 years ago, when they were still widely met with skepticism throughout the bar and restaurant industry:

• Low rate of adoption – Currently, less than ¼ of U.S. bars have an effective inventory system in place.

• Ability to increase profits – Just as early POS adopters quickly found out their new system would help them make more money, early bar inventory system adopters are making the same discovery. Most Bar-i clients get more than 3 times a return on investment by using our bar inventory system.

• Discontinuing usage is rare – Similar to the trend with early adopters of POS systems, very few establishments that have made the switch to a sophisticated bar inventory system have discontinued using them, most likely due to the many benefits they are experiencing.

• Reduction in liquor cost – Most Bar-i clients typically experience a 3% drop in their liquor cost. For an average bar, that equates to a $900 savings for every $10,000 in sales.

• Time savings – When you finish your inventory, you have a list of what you need to order, saving you time and improving efficiency.

• Increased reactivity – Bars have more information and they are able to make smarter decisions due to the presence of actionable data that was never previously available. For example, you can identify specific products that are being over-poured or given away, allowing you to react quickly so that the situation doesn’t negatively impact profits.

Bars already have lots of inventory options to choose from, and as the inventory industry grows, these options will likely become even more robust. While the variety of options may seem overwhelming, it actually works to your advantage. There is definitely a system that will work for the unique needs of each and every bar.

There are essentially four different types of bar inventory systems:

• Full service – Everything is done for you by the third party bar inventory service provider
• DIY – You purchase the hardware and software for your inventory system and do it yourself
• Hybrid – Hybrid inventory systems, such as Bar-i’s self-count system, give you the best of what full service and DIY have to offer. Your costs are lower due to performing inventory yourself, but you still have a third party provider responsible for all data analysis.
• Real-time – These systems track usage and sales in real time.

Regardless of which type of inventory option you choose, you will be able to identify the inventory shrinkage for each product at your bar. This is by far the biggest advantage over outdated methods such as the clipboard system, which only allow you to calculate liquor cost. By reducing shrinkage, your bar will see a significant increase in profits.

Why are Modern Bar Inventory Systems Likely to become the Industry Standard?

Just as the apprehension about adopting POS systems years ago proved to be unfounded, the apprehension regarding upgrading bar inventory systems is misguided. The bars that have been early adopters are making more money and seeing a more streamlined process for their business. As a result, they have continued using these systems. Several years down the road, it is likely that these modern inventory systems will become the norm, just as POS systems became the norm.

You may as well adopt this new technology soon and start enjoying the savings.

To find out how our bar inventory system can help you streamline your processes and maximize profits, please contact Bar-i today to schedule a free consultation. We serve bars nationwide from our offices in Denver, Colorado.